Some instructions on the AVR take longer than others. This can prove to be a problem if you want interrupts to fire at exact times and you don’t want to sleep() all the time.

The solution is to stick some code in the interrupt that examines the timer and waits for a specific number of cycles to even it out to always take exactly the same amount of time. Those of us who have been following the games industry since the 80s would be blind to not notice the sweeping changes made to the medium–the birth of the console, the annual upgrade in visual and audio fidelity, the extra buttons added to joysticks every five years–but no single change to the industry has been as significant as the integration of the internet. Now, developers can circumvent entire links in the supply chain, and consumers can often acquire their entertainment as quickly as they desire it (or even before then, if there’s a Steam sale) and always have a “Player 2” at the ready in a dimly-lit den halfway across the globe. But constant connectivity has its drawbacks, and publishers who have become accustomed to multi-year development schedules and multi-million dollar budgets have every incentive (and obligation) to pressure developers to release their games as soon as possible. With high internet connectivity rates and mandatory software upgrades on all major platforms, companies are beginning to release unfinished games on the regular, with the expectation that things will be working as intended in the near future. But what about the people who don’t connect their consoles to the internet? And is it fair to charge full price for partial effort?

The Evolution of Software Piracy 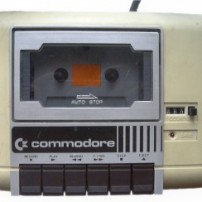 If you’ve never directly participated in software piracy or the trade of other counterfeit goods, you are no doubt aware that it happens, and that it’s a very real problem for many industries. Even when reading that sentence, you likely felt it was inappropriate to lump harmless file-sharing in with counterfeiting–to many, online piracy is a victimless crime, ranking somewhere on the scale of criminality near sampling a few grapes at the grocery. To make matters worse: the latest trend of cloud storage also has a darker side, as evidenced by the US government shutdown of provider Megaupload; massive online storage repositories have the potential to greatly increase the flow of illegally-distributed property, as well as further cement the intangibility of digital goods in consumers’ minds. All of this begs the question: how did people ever steal things (and feel no shame in doing it) before we had the internet?

I’m trying something new, I’m trying a let’s learn / let’s code series. This one is about NTSC. And the basics. If you haven’t already watched the previous two videos I mention, I recommend doing so.

This is the page that I referenced when I was learning NTSC:http://www.kolumbus.fi/pami1/video/pa…

Details
Page 3 of 3
Tweets by @UniteTechno